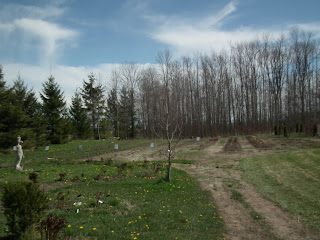 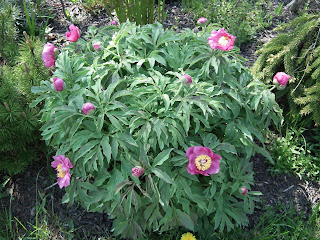 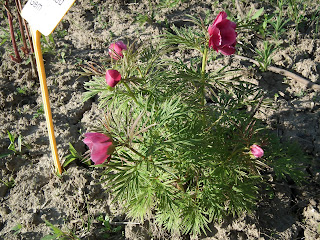 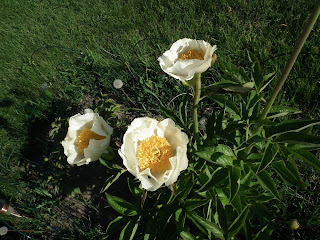 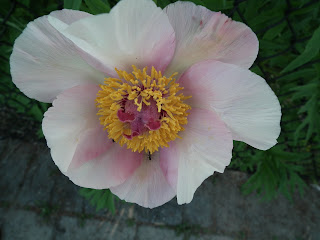 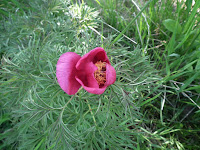 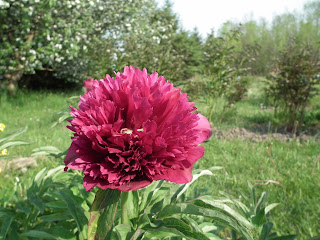 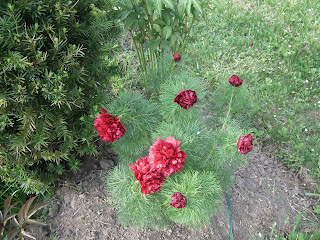 Spring Is Just Around The Corner

What a fall!  I had my normal delivery of peonies for the fall.  Then I was lucky enough to buy the stock from a peony grower.  I needed to bring in more soil to give the peonies a good start. 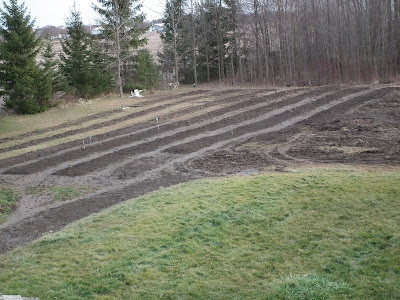 The winter was mild, so it is important to walk around and cover any peony that is heaved out of the ground.  I have been having a hard time with all of the mud in the backyard.  The spring should be lovely with all of the new peonies.  They will need a year or two to recover from the move, so the web site only has a limit amount of peonies.  Please visit www.PeoniesFromTheField.com
There is a facebook page Peonies From The Field too.
The fall was so wet that any equipment that was rented to help move the 75 yards of dirt, got stuck and the ground engulfed the rentals like quick sand.  A lot of the dirt was moved by hand.  There was weeks and weeks of planting.  In the end, some of the peonies I had planed for the square garden did not get planted.  I forgot where I left off and what was planted.  The plan changed several times. The spring will bring lots of  new flowers to the garden, and a new adventure.  I will be doing more work with the Canadian Peony Society.
The Canadian Peony Society will be at the Peterborough Garden Show in April.  Members will be at the Oshawa Peony festival in June.
To help get the word out, about the peonies in Bowmanville, there will be talks presented  to some gardeners and garden clubs.  There was news letters to get people up to date.  There will be garden tours, even though we are not ready to receive the public.  There will be some much weeding I will not be able to keep up with everything.  Spring is almost here.  Some of the peonies are starting to peek through the ground. As the spring progress I will have lots of pictures to take along will all of the challenges.  Have a great spring, and keep dreaming about peonies.
Posted by Marian Bohlken at 08:54 No comments: